Why Are the London 2012 Olympics Costing So Much? 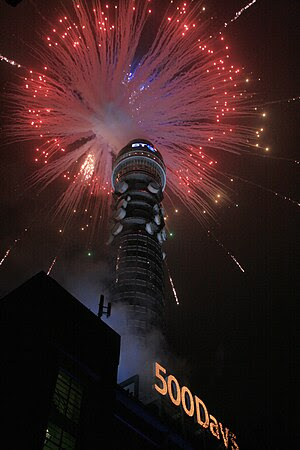 BT Tower (London) seen during a firework display that took place 500 days before the start of the London 2012 Olympic Games (Photo credit: Wikipedia)

Economic growth in the UK may be contracting, but it would seem that the cost of the 2012 Olympic Games is expanding exponentially between every calculation and there have been plenty of those.

In 2005, when London won the privilege of hosting sport's greatest competition, the Labour Government, then riding the crest of an economic boom, told taxpayers that it would cost a substantial, but by no means unaffordable, £2.37 billion.

In 2007, however, the government revised the figure to a princely £9.3 billion. Officials claimed that various costs associated with land, legal disputes and security issues had caused the cost to soar. An investigation by Sky News subsequently revealed that even £9.3 billion was an ominously conservative figure, insisting instead that the Olympic Games would cost taxpayers at least £11.7 billion. Worryingly, Sky News added that if all related costs were added up, the figure would be in excess of £24 billion.

Even during a time of strong economic growth a £24 billion price tag would be baulked at by most people of sound mind, but during times of austerity the figure is so astronomically high that not even Hubble would be able to spot its end.

Spending £24 billion so that grown men and women can throw spears, run in straight lines and jump as high as they can seems so wasteful as to be criminal in the circumstances. Even figures of £11.7 billion, £9.3 billion or £2.37 billion ought to be unaffordable when ordinary members of the public are struggling to survive from one day to the next. So, how can the cost of the Olympic Games be justified? Do the figures even add up?

Government ministers are adamant that taxpayers should not need to pay more than £9.3 billion, but it seems clear that nobody really understands how much must be spent on hosting the Olympic Games. The high cost may be attributed to the previous administration's lack of transparency or discernment and the current government's inability to tell the truth or calculate accurately.

The initial figure of £2.37 billion was remarkably optimistic, for instance, but few government ministers could have foreseen the economic woes that would follow London's winning bid. Since 2005, various costs associated with the Olympics have emerged or been concealed.

Land purchases cost an additional £766 million, for example, whilst various deals have been struck with public sector workers to avoid the threat of strikes crippling the Games. Hidden costs such as those pertaining to security and intelligence are also thought to be in the hundreds of millions of pounds, whilst legal battles, construction work and additional employment have also weighed heavily on the Treasury.

London Mayor, Boris Johnson is optimistic that the Olympic Games will offer a good return on investment in the long run. The avid cyclist has estimated that the project will give rise to 40,000 new jobs in the capital and companies and individuals should profit substantially from an influx of tourists.

After the Games, everybody in London should benefit from an improved infrastructure. The event should also put Britain back on the map for foreign travellers and investors.

The question ought not to be why the Olympic Games is costing so much or whether it offers a sufficient return on investment. People should simply be asking whether Britain can afford to host the Games, a question that perhaps could not have been answered correctly seven years ago.

Article written by Sam, an expert at http://www.moneysupermarket.com/savings/isa-allowance/